Every year in August, Singaporeans celebrate Singapore National Day to commemorate the island state’s independence from the country of Malaysia. This year marked the 53rd time it is observed throughout the history of Singapore. During this particular holiday, there was the National Day Parade, fireworks display, and the Prime Minister addressed the people with a speech.

How the Transformation Begun

Several decades ago, Singapore was one of the poor places in Southeast Asia. It underwent many struggles and was such a miserable state. Today, however, it has successfully transformed itself into an innovative, diverse, and thriving city-state with a clear and determined vision for the future.

Singapore designed a model where there would be three outcomes: a sustainable environment, a first-rate life, and a lively economy that will provide for both the locals and the foreigners who want to work in the country.

The vision was to establish a place in a garden, which became the primary foundation for holistic planning. The city aspects were instituted at that point where the goals were to create a safe and secure environment that should also be equitable and accessible. Additionally, there should be adequate goods and services to the public.

Later on, these plans became a reality when the vision and the outcomes aligned. Despite the growing population, the green cover in the city increased, and both energy and resources were fulfilling for all the citizens. Once, the environment in this nation was degraded, but everything changed until there were healthy and clean ecosystems.

The country also capitalized on its economic progress. There were thorough and careful studies that focused on moving from manual work to technological advancements. At first, the economy was all about port operations, but it shifted to labor-intensive manufacturing later on. More valuable industries were formed, and the city is now maintaining a knowledge economy.

Smart growth cannot work without creativity and innovation in both strategy development and technology. The country was able to come up with a plan to achieve its goals while improving its presence in the high-tech sector.

It also produced a mixed-use model that is comprehensive as it brings together residential and commercial zones. It was also applied to their terminals, buildings, and other infrastructure. With this mindset, several young planners have started to maximize the use of underground space. They are also looking into the potential of building sky cities.

These strategies have significant effects, including bringing about social integration. With such benefit, different types of flats and housing are mixed, along with nationalities and culture in a neighborhood. Community identities have become influential with this method.

The Keys to Smart Development

Integration of hard work is vital in making sure smart growth will work. It increases the efficiency of movement, actions, and services. For instance, plans for land use are developed together with the ideas about transportation in a specific area. With this methodology, the country has become more efficient in designing tactics because it leads to better and more active mobility.

Smart cities require data, which is why it is a highly-valued aspect toward growth. In developing countries, availability and access to data are perilous because they lack or even eliminate the essential element: planning.

Data can help not only the managers but also the citizens, which is why Singapore has online data that can be accessed by the public. It is an efficient way toward achieving the vision of the country.

For a few years now, Singapore is forging a path that will let it go beyond the rest of the world. Its development into a smart city may be far-fetched for some, but it is slowly working to achieve its vision. With smart homes making it into the mainstream, along with personal assistants, it should no longer be a wonder that these advancements can be a part of an entire city.

Singapore is building what may have been laughable several decades ago. However, Asian smart cities are rising, and Singapore is one of those that are ahead of the pack, thanks to its successful business landscape. The quality of the Internet, its urban planning accomplishments, the efforts the island nation has put in toward achieving clean energy are the reasons why it is thriving.

For numerous years, Singapore has been known all over the world for being one of the top cities in the world when it comes to e-commerce. It is a destination for those who are searching for jobs, especially lucrative ones. With the supportive trade environment, quality of life, cost of living, and salary rates, it is hard to beat this city for its benefits for both employers and employees.

Singapore as a smart city is not a new concept. In fact, it was in 2014 when it launched the Smart Nation program, which gathers information about every aspect of life on the island. The data would be useful for predictive data to help prevent disease outbreak or any disaster. Additionally, it could assist the citizens and the officials to come up with ways on a better quality of life, along with safety initiatives.

How Jobseekers Can Benefit from Singapore’s Smart Nation Progress

Anyone who looks up the best places to work in the world will see Singapore on the list. It is because this nation presents several reasons for both locals and foreigners to work there. At the time when it was still struggling, the country already set its eyes on improving its economy in which one of the methods was to provide work for its citizens. Today, even those from other countries can take advantage of the advancements in Singapore. Here are the top reasons why Singapore is a great place to look for a job:

Lucrative salaries: With the country turning into a smart nation with many investors coming in to start their businesses and support other trades, wages have become even more rewarding than ever. The economy is booming, and Singapore is hungry to recruit talented individuals. It is the ultimate time for expats and locals to find and land themselves a job that is guaranteed to offer them a competitive pay.

A globalized economy: Singapore also ranks high, thanks to its globalized industries. Experts suggest the country runs as if it is a well-structured organization, making it one of the best places in the world to live in. As a result, people can expect an excellent city for a long-term job. There are excellent clients to choose from, and although the competition is fierce with a number of candidates around, there are high wages are certain. Plus, the working conditions are guaranteed to be excellent.

Work permit: There is no need to go through tough residency and work permits because the country is highly interested in getting new residents. At the same time, Singapore continually searches for skilled laborers to help boost its economy.

Singapore will continue to evolve and will present more opportunities for those seeking a job in this highly-progressive country. Take the time to submit a copy of your CV today to let an employer know you are interested in working in Singapore. Do not forget to subscribe, so you do not miss our future updates, along with useful job tips and notifications if a job position is open.

Singapore a Smart Nation and what it Means for Job Seekers 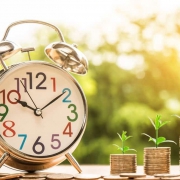 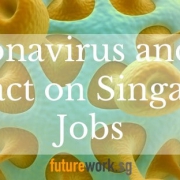 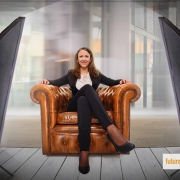 Why Do You Want To Work Here? 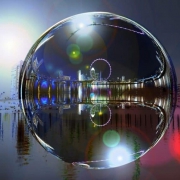 Singapore’s Ambitious Fintech Initiatives – What You Need to Know 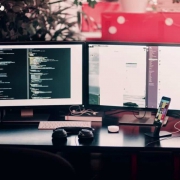 Why Singapore is the New Destination for IT Professionals? 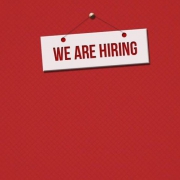 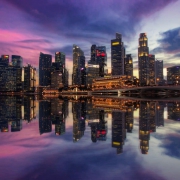 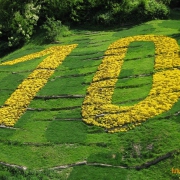