We would love to hear your comments and questions and your feedback is very welcome. Please feel free to contact Future Work using the secure form below. If you require a response, let us know your preferred method of communication. We promise to get back to you within one working day. 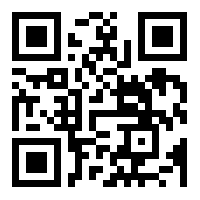 We are passionate about helping job seekers find their dream job in Singapore and now all 10 ASEAN nations while providing a user-friendly desktop and mobile device experience.

We are committed to continuously improving access to our services by individuals with disabilities. If you are unable to use any aspect of this website because of a disability, please contact us at: contact@futurework.sg and we will provide you with prompt personalised assistance.

Among the few remaining sovereign states in the world, Singapore lies 137 square kilometres north of the equator and is boarded by Malaysia to the north and Riau Islands belonging to Indonesia to the south.

The Lion City as it is known, is one major island and 62 other islets and has managed to further increase its land size by 23% to about 130km2 through reclamation. The city is also highly populated but also has lots of green spaces like parks and gardens making it a very pleasant place to live and work.

Singapore was founded in 1819 by Thomas Stanford Raffles. It was meant for use by the East Indian Company as a trading post and was ceded as a crown colony to the British Raj. Singapore got its independence in 1963 from the United Kingdom through being part of a federation with other former territories belonging to the British and was part of what is currentlyMalaysia. However, it broke off from the federation 2 years later and became a sovereign state in 1965.

Singapore is a commercial hub and is considered by the WEF to be one of the most technology ready nations in the world; it is also the top destination for international meetings and is rated by BERI as a city with one of the best potentials in terms of investment in the world.

Singapore jobs availability is high (as at 2016, the employment rate stood at 3,672,800 an increase by approximately 72,000 with unemployment at only 2.2% with a trending up labour force participation rate) and can be attributed to the country’s economy which is ranked fifth on the human development index by the United Nation and has the world’s third highest per capita in terms of GDP. It also ranks highly in life expectancy, health care and education. The life lived by its inhabitants is also considered quality, together with the housing and personal safety.

Despite having a high-income disparity, 90% of the homes in Singapore are occupied by their owners; the population of 5.6million has 38% of the residents in Singapore as permanent and also has foreign nationals.

The country has four languages officially spoken,English being the most common, Malay and Mandarin. Tamil is also spoken though most, if not all Singaporeans can speak at least two or all of the languages.

The political administration of Singapore is that of a parliamentary republic that is unitary and allows multiparty politics.

Singapore’s election has been won by one party since its independence in 1959, the PAP, People’s Action Party, whose dominance of the country’s politics together with the minimum freedom of press allowed and various restrictions towards civil liberties and also political rights, has sometimes led to its classification as being a part-authoritarian regime.

Singapore is part of the commonwealth, it is also member in East Asia Summit. It is also APEC’s (Asia Pacific Economic Cooperation) host and a founding member of ASEAN.

In January 2019, Blend Local Search Marketing PTE LTD acquired futurework.sg who now manage the daily operations and the future direction of the company.

Blend Local Search Marketing are a digital marketing and SEO agency in Singapore that has been established since 2008.