Jobs in Vietnam are on the rise due to the economy consistently maintaining a growth rate of about 7% with a per capita income just under $2400. Additional opportunities to have an increase in income are presented to those with the correct skill set and who are committed to their craft. It is reported that in 2016, an estimated 83,000 of the workers in Vietnam are from other countries with those expatriates continuing in this migration.

In three of the more notable cities like Ho Chi Minh City, Hanoi, or Danang there are specific locations throughout each to where foreigners not only live and do business but also socialize among themselves. For example, in Ho Chi Minh City, foreigners socialize on Bui Vien Street and in Hanoi, they can be found in Ta Hien – Dinh Liet – Luong Ngoc Quyen streets.

The Vietnamese are known for keeping to the roots of their culture in a very strict manner, but they have grown to be more open-minded with the cultures of expats who are flooding the country with their specific skill sets and knowledge base in which the workforce is in high pursuit of. This labor force is now positioning itself to reduce the wide gap between the skill set of the Vietnamese labor force and the rest of the world.

What Jobs are in Vietnam?

While there many job opportunities in Vietnam, it can from time to time be a little bit of a challenge to locate those jobs that will bring not only satisfaction but also a sense of purpose. Some of your most committed workers would love to make a difference in their lives by staying true to the Vietnamese culture. A few of the most notable occupations are:

Although this is not an all-inclusive list, navigating the various avenues as to how to find jobs in Vietnam in its more prominent locales will be discussed later in this blog.

The country of Vietnam is undergoing a visible change socially and demographically. With the growing number of people in this population over the last 20 years, going from 60 million in 1986 to approximately 97 million in 2018, there is an ever-increasing demand in the labor market. As of today, 70% of the Vietnamese population, foreign and national, is under the age of 35. Due to the job market and standard of living improving at a robust level, the middle class is anticipated to double within the next 10 years, so there is much opportunity across the region.

What Engineering Jobs are in Vietnam?

As stated before, the previous list was not all-inclusive, but there is a high demand for those technical occupations in which an overwhelming amount of the current labor force does not qualify for. One area of specialization that is needed is in the field of engineering. Some of the engineering jobs in Vietnam include:

There are plenty of engineering jobs in Vietnam for foreigners. The opportunities are endless and are most sought after in the more populated cities.

What are the Top Jobs in Vietnam for English Speakers?

The country of Vietnam is undergoing a little bit of a “facelift.” With this change, there are many who speak the English language. With this being the primary language of some expats, Vietnam would be an attractive location for those labourers were looking for a transition to enjoy what this beautiful country has to offer. Some jobs for English speakers should strongly consider are:

Expatriate jobs in Vietnam are on the increase. The English speaking workforce is in high demand. The skill set that is being brought to the table is providing a broader horizon and expansion of the overall outlook of the economy in the country. The Vietnamese government is enjoying this influx due to the impact that it is having on raising the standard of living and the standard of education all across this great nation.

What is the Economic Outlook in Vietnam?

The development of Vietnam has been under tremendous improvement over the last 30 years. The country has seen a tremendous amount of economic growth prompting what the world has considered to be one of the poor nations into being elevated as a middle income country, no longer being known for being impoverished. For example, since 2002, over 45 million people have worked themselves out of a state of poverty. Thus, the poverty rate has declined from below 80% to just above 5%.

As of 2018, Gross Domestic Product (GDP) per capita has increased by a reported 2.5 times, and as a result, this represents $2500. The projections for GDP growth over the next two years is exceptional at about 6.5% growth according to World Bank. The overall trend makes Vietnam an attractive country to make home.

The sentiment of the job market cannot be ignored, there have been a reduction in barriers due to the increased infusion of technology and pledges of efforts by corporations and the Vietnamese government to step up its investment of resources for further industrial investment within its borders. Corporate alliances are being formed to bring more opportunity to the various corporate and small business brands that have called Vietnam home.

How do I Find a Job in Vietnam?

One of the more common challenges when moving to Vietnam is trying to find out how to apply for one of the opportunities. There is no hedging in business when looking for good help. Therefore, companies are bending over backwards with the overexposure of their vacancies in trying to attract the best talent. In pursuit of a job search in your selected field, some of the more visible job sites for vacancies begin with:

Vietnam is a country in Southeast Asia and a member state of ASEAN. It has a beautiful scenery and a historical culture that is rich in nature and natural resources. The economy is on the rise, and over the last 20 years has pulled itself from the ranks of poverty to a consistent expert consensus of middle-class. Due to the economic improvements based on sound government policy and the enhancement of incentives with businesses, the recruitment of a more educated workforce has made a tremendous difference for the overall outlook of the country and its youth. It is no surprise that Vietnam has established itself as an attractive place to make home.

Browse for a job in Vietnam, you will be glad that you did.

How to Find Jobs in Vietnam [Overview for Expats] 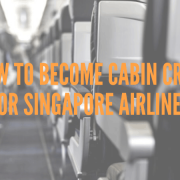 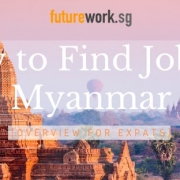 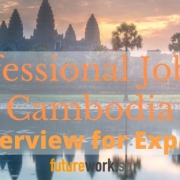 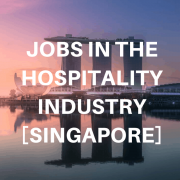 Jobs in the Hospitality Industry [Singapore] 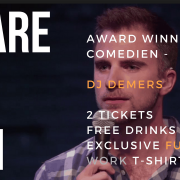 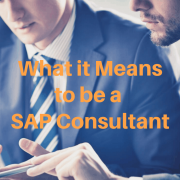 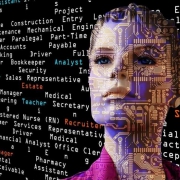 Jobs for American Expats in Thailand

Professional Jobs in Laos [Overview for Expats]
Scroll to top