How Can Foreigners Find Jobs in Singapore

It’s not difficult to see why so very many employees—from countries all around the world, it should be noted—commonly ask, “How can foreigners find jobs in Singapore?”

Singapore is a beautiful, vibrant country that’s home to kind locals, unparalleled culture, a multifaceted economy, and limitless opportunities. But as is the case with any effort to become employed in a foreign country, applicants would be wise to learn “the ropes” – that is, to research and understand the most effective ways to secure gainful employment. In this way, the chance of being hired can be maximised, even if an abundance of qualified foreign applicants are competing for the same positions.

To help foreigners get hired in Singapore, let’s take a look at some useful and effective tips!

Singapore is a technologically developed nation, and as a result, its employers rely heavily on the internet – and job-board sites, specifically – to find qualified domestic and foreign applicants. What is a jobs board? You’re on one!

Foreigners would be wise to follow as many of these job boards as possible; different employers utilise different sites, and by regularly visiting a variety of boards, applicants can assure that they’re being exposed to – and considered for – as many jobs as possible. Of course, as is explained later on in this piece, quality should come before quantity, with job boards. It’s advisable to follow multiple boards, but at least one of these resources should be distinguished for its ability to link employers and employees.

In summary, Singapore, a nation known for its work ethic and technology, job boards are important ingredients in the recipe for employment success – particularly for foreigners. 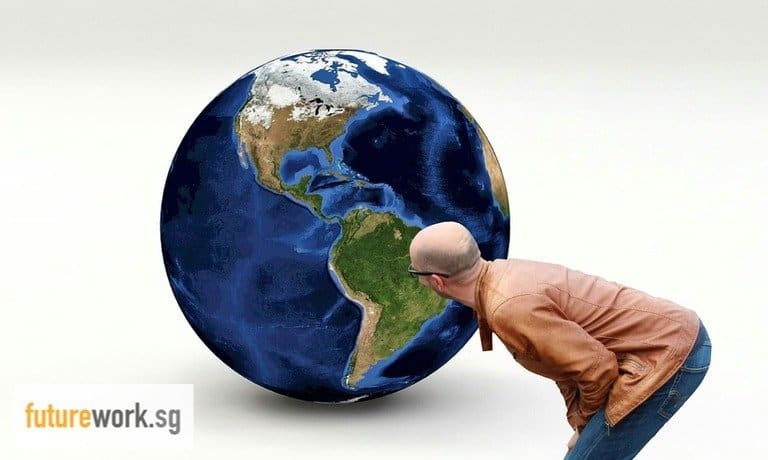 Singaporean companies hire foreign employees for domestic work – especially domestic work of a skilled nature or otherwise considerable difficulty. To be sure, companies in other industrialised states do the exact same thing; the demand for foreign skilled workers is considerable.

With that said, one doesn’t have to be a world-renowned scientist or a groundbreaking inventor to become employed in Singapore. On the contrary, the vast majority of foreign employees are hired to help bring Singapore’s most cutting-edge companies to other parts of the world. Because the international marketplace is so lucrative, businesses are constantly trying to gain a foothold in states besides their country of operation.

Stated in short, Singapore businesses are interested in and very much excited by the prospect of expanding into other countries. The best way to do so, first and foremost, is by hiring individuals from these nations.

Thus, ONE Championship, a Singapore-based mixed martial arts promotion, holds events throughout Asia and is worth more than one billion dollars, according to experts. In recent months and years, the company has hired no shortage of foreign employees; these individuals were brought on for their know-how, work ethic, and ability to provide integral support in helping an internationally oriented business model to succeed.

While general positions are sometimes filled by foreigners, most Singaporean companies hire foreign workers who can help to unlock the vast potential afforded by today’s global marketplace. Applicants should be on the lookout for companies that are interested in expanding globally, and they should be certain to emphasise – during interviews and on resumes – their ability to help bring about large-scale international results.

Learn the Basics of a Second Language

Singapore’s government recognises four official languages: Malay, English, Mandarin, and Tamil. To maximise the chances of being hired, foreigners would do well to learn at least one of these languages fluently – and the basics of another of the languages. In this way, more job openings can be read, more resumes and applications can be sent, more opportunities open as to where to search for jobs in Singapore and one will have a greater chance of being hired.

No employee has ever been turned away for understanding the general tenets of a second language, and foreign employees who do so can benefit from additional application opportunities and demonstrate eagerness and initiative to hirers.

Last but most certainly not least, the answer to, “How can foreigners apply for jobs in Singapore?” is no different than it is in any other country: be persistent.

Bear in mind that foreign jobs are harder to nab, generally speaking; applicants are competing with individuals from around the world – not just around the state or country. Thus, a software-development position in Singapore will be sought by Singapore residents and people in all corners of the world – from other parts of Asia to Oceania, and North America to Europe.

Persistence is a must. If at first one doesn’t succeed, he or she must try again, when attempting to be hired in Singapore. Competition amongst foreign applicants is stiff, and truth be told, it’s very, very rare for a foreigner to be accepted and hired onto the first job he or she applies for in Singapore.

Hopefully these tips provide additional understanding and peace of mind to foreigners who’re looking to become employed in Singapore. The country is breathtaking and sure to impress, and there’s never been a better time than today for applicants from abroad to get in on the action. ONE Championship is far from the only Singapore-based business that’s currently hiring qualified and dedicated foreign employees!

And as was mentioned in this piece, following job boards is a must for foreigners who’re in the market for jobs in Singapore. But doing so doesn’t have to be an exercise in endurance; future updates and daily job alerts can be secured free of charge, and they are sure to open up all manner of additional possibilities to foreign applicants.

If the decision to seek employment in Singapore seems daunting, bear in mind that a little bit of effort today will get the ball rolling tomorrow; overtime, incremental initiative will prove effective.

Thanks for reading, and here’s to becoming gainfully employed in Singapore!

How Can Foreigners Find Jobs in Singapore